In our 97th episode, we are back down to our odd-couple of Nevik and Breja. We waste very little time and dive straight to business and talk about what we’ve been up to: Breja’s pancakes were flattened and then replaced by an omelette, and Nevik experienced his first DC death, ever.

In this episode, our beloved little family is whole once more with our fourth musketeer rejoining the crew. After rejoicing we get down to business by discussing what we’ve been up to in-game: Breja continues his torrid affair with the wizard, Lanntonio proclaims his undying hatred of The Keep Depths Level 2, Nevik hit 60 with his hardcore wizard, and Jen plays with Smashez Stanzenfyr.

* We read, and respond to, another mountain of emails we received from our wonderful listeners. This batch comes to us from Torrack, Master Do, and Doug. Thank you for the email! Keep them coming, really!

* Diablo 3 Patch 1.0.8 is on the Public Test Realms! For more information on the changes coming soon™ check out the PTR Patch 1.0.8 Patch Notes.

* We briefly talk about our experiences on the PTR with the changes coming in Patch 1.0.8. If you’re wondering why we didn’t go more in-depth with the discussion that is simply because once again we will be holding a community round table to discuss what we as a collective think about it.

* Prompted by an email from Doug, one of our wonderful listeners, we discuss his thoughts and ideas on addressing the issue known as the auction house. During his email he provided a link to an IGN forum thread where an amazing Echoing Fury sold for over $16,000 outside of the RMAH. 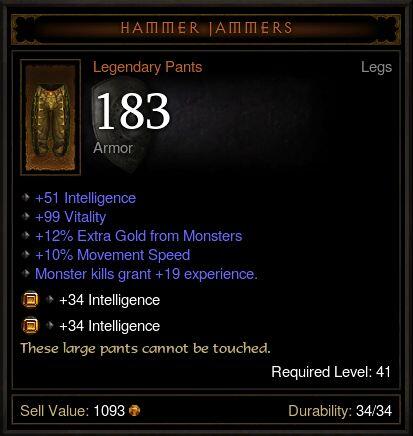 * Our amazing editor, Shawno, shared with us a television promo for the show Hannibal (on NBC) because the narrator sounds very similar to the voice actor that voiced the male barbarian. What do you think?

* Our good friends Sibcoe and Dred are back with the 17th installment of Red Team Gaming’s series: State of Diablo 3. As always it’s well worth your time to give a listen and it wouldn’t hurt to prod Sibcoe into getting back into the groove on making his stuff available via iTunes ^^.

Guess what folks, our recent ventures into the hardcore realm of play have not been in vain. Lanntonio has brought the crew – which isn’t a set crew, anyone and everyone is invited to join in on these hardcore gaming nights – together to share their experiences in progressing through hardcore.

This second episode of Dead and Waiting is more of a (hardcore) community round table and was rather light on the in-game banter as previously since many folks couldn’t resist the urge to keep playing, and play they did. How far did everyone get? And did anyone die? (Spoiler: someone did!)

You’ll just have to listen to find out!

If you would like to join in on the fun – and we hope you do! – Lanntonio is running these hardcore gaming nights generally every Tuesday night around 6pm Pacific / 8pm Central / 9pm Eastern. All you need to do to join in is have Mumble installed and setup and hop on our mumble server (details can be found in the sidebar).