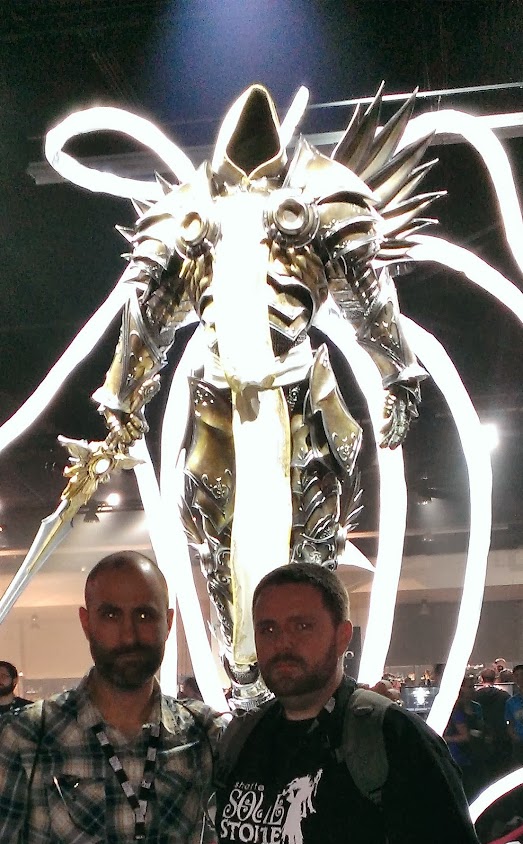 In this episode, Nevik, Breja, and Jen are overly excited about some recent news. What could that news be?

The DIABLO III RELEASE DATE has been announced! /squeeeeee!

Sponsor: Check out Audible for your FREE, no obligation 30 day trial including a free 1 credit book. audibletrial.com/diablo

The hosts are also super excited to bring you an information-packed interview with Lanntonio. He truly is a font of knowledge about Diablo II, and he shares some amazing stories about his experiences playing the game. He is the biggest fan of Diablo II that we know, and he has the tattoo to prove it!

Yes, that is a tattoo of Mephisto.

* We gush over the DIABLO III RELEASE DATE!!!

* We talk about the Nephalem Valor Buff.

* We talk about the “Who is ‘Mr. March’?” blog post that Jen wrote about the art for the month of March that is in the Diablo III 2012 wall calendar.

Email your questions to us at show@shatteredsoulstone.com