Episode 89 – Up Late with BONUS DUCKS

In our 89th episode, our odd couple of Nevik and Breja return after a brief week off for the holidays. After some slices of life we get down to business and talk about what we’ve been up to: Nevik managed to briefly hop on the PTR, and Breja nearly had his follower get him killed.

* We read and respond to a bunch of emails from Ruuak, Rilandune, Saldarya, and frequent contributor Funktropus. As if that wasn’t enough we also received another audio from Kagerai Leblue. Listener participation has been absolutely amazing and is primarily why we do this show, so keep them coming! We WILL get to all the emails we receive, even if occasionally we have to push a few to the next episode. Send in your stories of RNGesus triumph to Show@ShatteredSoulstone.com!

* With the Patch 2.3 PTR in full swing we posed the question on Twitter asking what about the patch has you most excited. Be sure to follow the show account, @ShatteredStone, on Twitter for future Questions of the Show.

* Have you been able to sink any time in to the Patch 2.3 PTR? Breja and Nevik haven’t had much luck, but never fear! We shall persevere and bring our own unique perspectives on everything in Patch 2.3 for the duration of the PTR before it hits the live servers.

* Speaking of perspectives, Nevik has slightly warmed on the addition of Torment VII through Torment X. He isn’t alone as Flux, from Diabloii.net, shared his brief thoughts on the new difficulty levels. What say you? Are you looking forward to being able to run the rough equivalent of Greater Rift 45 while doing bounties? Share your thoughts by emailing the show at Show@ShatteredSoulstone.com.

* D3Planner.com has been updated with support for the Kanai’s Cube. In case you find yourself in a long queue you can head on over and mess around with the planner to get your fix?

* Transmog has been a popular feature and now in addition to Lt. Lunatic’s weekly transmog article on Blizzpro there is a new site dedicated entirely to Diablo transmog, D3Transmog.com.

* As you might expect, the YouTube video coverage of Patch 2.3 has been extremely active. This week we highlight TryHard Gaming’s overview of Kanai’s Cube, Meathead Mikhail’s overview of the changes to Nephalem/Greater Rifts, and finally Quin C’s overview of the new monk set, Uliana’s Stratagem.

* Ever wonder what 10 attacks per second would look like? Well Boka Jipooki achieved such a feat. It’s completely not viable for high-level play, but that doesn’t diminish the accomplishment. Well done sir, well done.

* Blizzard’s Heroes of the Storm DeviantArt contest has been narrowed down to 25 amazing semi-finalists. We don’t envy the judges as every piece is amazing in its own right. (For all 2000+ entries head on over to DeviantArt’s Heroes contest gallery) 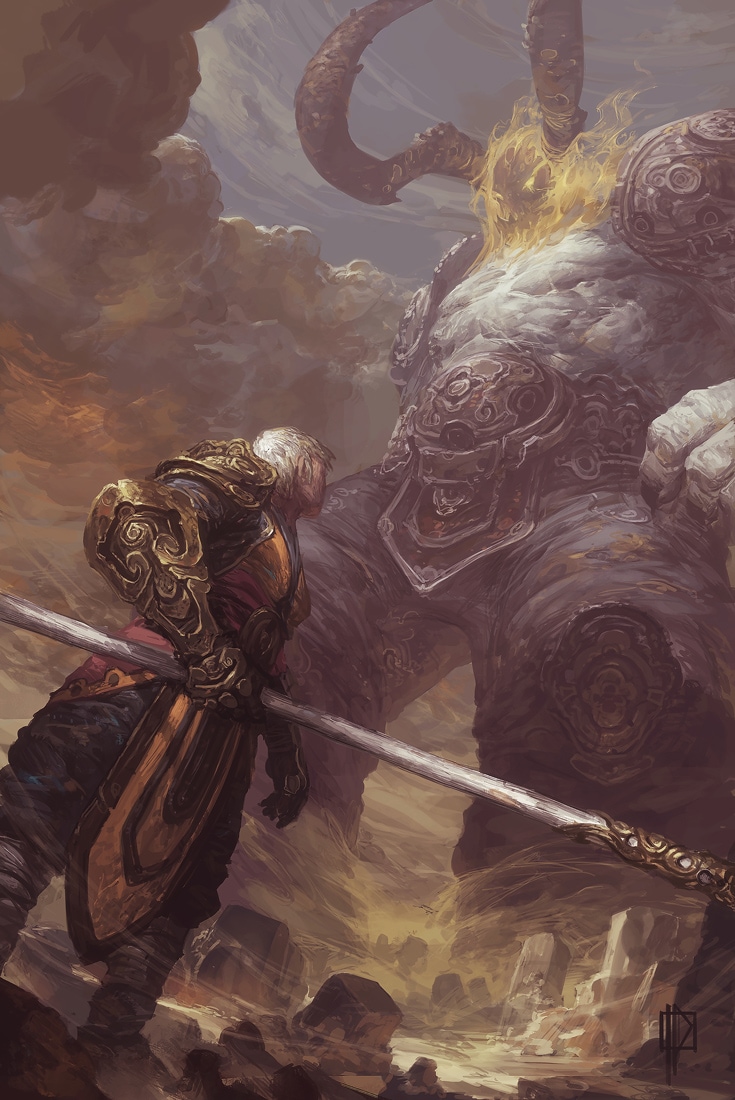 * You’ve heard us sing the praises of TamplierPainter before, but let’s follow it up with one of his speed paint videos of Imperius. Absolutely amazing work and it’s mind-blowing watching the entire process.

* Isn’t Clive Own just so dreamy? While not the greatest fantasy movie ever, Last Knights is worth the rental.

* Happy Fourth of July! 1776 is an annual tradition in the Breja household. Looks fun?

* Seems the Terminator franchise keeps re-writing itself with this latest entry: Terminator: Genisys.